No one likes you. The dreaded curse lobbed by school bullies with brutal honesty, telling you what no one else had the guts to say. The thing you fear as an adult in social situations where no one will come right out and say they don’t like you, but the frosty smiles and reluctant invitations say it all.

I’m going to tell you what you fear and already know.

No one likes you.

Some people love you, can’t get enough of you. They’re crazy for your attention, time, and praise. Those people adore your company, enjoy your opinions, appreciate your help, and look for ways to help propel you forward too. They want you at the party. They know you would love this movie, or that concert, or the taco place around the corner. They are touched when you remember their birthday, favorite movie, or comfort food. They remember your favorites too.

Some people can’t stand you. When they see you coming down the hallway at work, they detour so they don’t have to talk to you. If you’re lucky, they avoid you. If you’re unlucky, they go out of their way to make life hell. They are the people who heckle from the virtual cheap seats in comment sections. They are the date that ghosts you, the family member who makes cutting remarks, the coworker who attempts to humiliate you.

These groups that love and hate you have that reaction for the same reason: you have been authentic and truthful about who you are. Authenticity polarizes people, just as distinctive sounds, sights, and flavors turn people into fans or foes. And making yourself stand out will cause people to have strong opinions about you.

We flatten our relationships with niceness, refusing to display what makes us unique, brilliant, insiders, outsiders. And that feeds into humanity as a whole, muddying the strange and exciting traits that improve all of us. We do this for the dubious status of being liked, not realizing that noncommittal personalities drain the color from life.

Now that you know no one likes you, you can own your strange, extravagant plumage.

You can risk rejection and gain enthusiastic love.

You can get on with the business of being your undiluted self.

I am in the midst of major life changes. Some days it feels like a high-dive jump with rolls, flips, and tucks. Exhilarating. Other days it feels like sinking to the bottom of the ocean, the weight of the water growing heavier, darker, colder.

All of it is transformative.

This week I want to share something from Rebecca Solnit’s A Field Guide to Getting Lost that has stayed with me ever since I read it several years ago:

The people thrown into other cultures go through something of the anguish of the butterﬂy, whose body must disintegrate and reform more than once in its life cycle. In her novel Regeneration, Pat Barker writes of a doctor who “knew only too well how often the early stages of change or cure may mimic deterioration. Cut a chrysalis open, and you ﬁnd a rotting caterpillar. What you will never ﬁnd is that mythical creature, half caterpillar, half butterﬂy, a ﬁt emblem of the human soul, for those whose cast of mind leads them to seek such emblems. No, the process of transformation consists almost entirely of decay.” But the butterﬂy is so ﬁt an emblem of the human soul that its name in Greek is psyche, the word for soul. We have not much language to appreciate this phase of decay, this withdrawal, this era of ending that must precede beginning. Nor of the violence of metamorphosis, which is often spoken of as though it were as graceful as a ﬂower blooming. 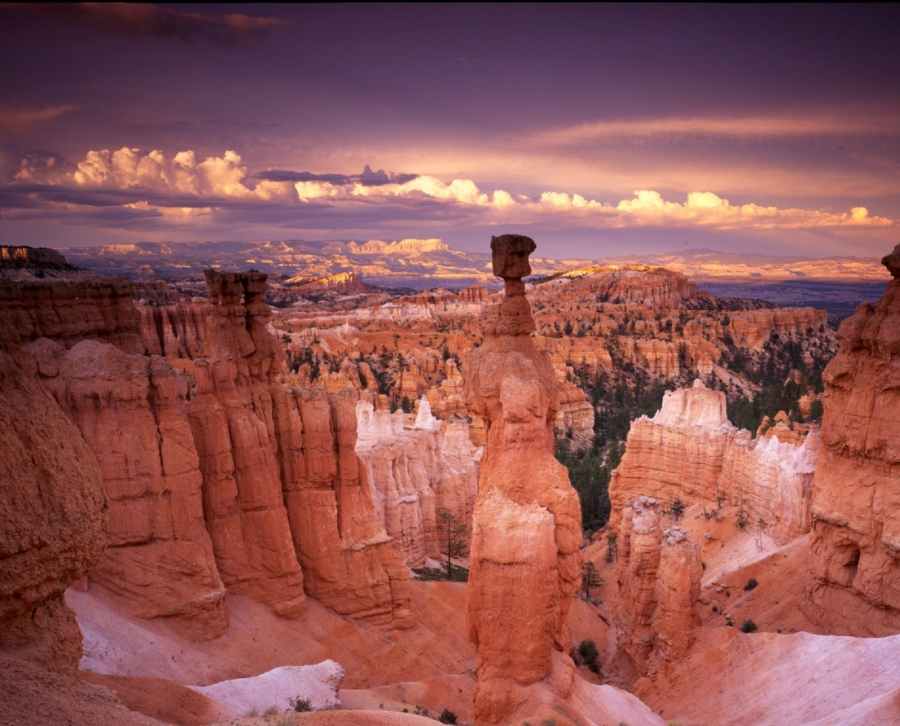 I have a warm spot in my heart for the old Looney Tunes cartoons. Bugs Bunny, Daffy Duck, Porky Pig, Wile E. Coyote, and Roadrunner. The schtick is well-known by this point, but I always enjoyed the Roadrunner and Coyote. As a kid, I imagined being able to run off cliffs and avoid the law of gravity simply by not looking down. I would never have been so silly as to look down like Coyote–he never learns!–and end up plunging into the canyon below.

That’s the image that pops into my head when I think about the concept of groundlessness. Pema Chodron speaks wisely and at length about “the fundamental groundlessness of life” in many of her books. Groundlessness is the idea that the act of living is an ongoing situation of impermanence. Life doesn’t stand still and sometimes the ground gives out beneath you. When that happens, the feelings of uncertainty and upheaval can lead to clinging to old ways and routines.

I’ve struggled with groundlessness, and I don’t think there is anyone, even the freest of free-spirits, who doesn’t struggle with wanting to avoid calamity, danger, or a future that might not turn out the way you wanted. What could be more human than to seek warmth, familiarity, shelter, and safety? But this cozy narrative of what it means to be human leaves out a big piece of our story and our drives.

I have a theory that the real reason Coyote plummets to the bottom of the canyon when he looks down has nothing to do with seeing where he is. It’s the panic and rush to go back to how it was that causes Coyote to fall and end up as a splat. You will notice that Roadrunner never has this issue, because the bird never panics about where they are in three-dimensional space.

But you do. Embracing groundlessness as a natural force in this life is the only way to keep going forward. Keep going forward into the unknown, and sometimes say “Meep! Meep!” just for effect. Y’know, if you feel like it. 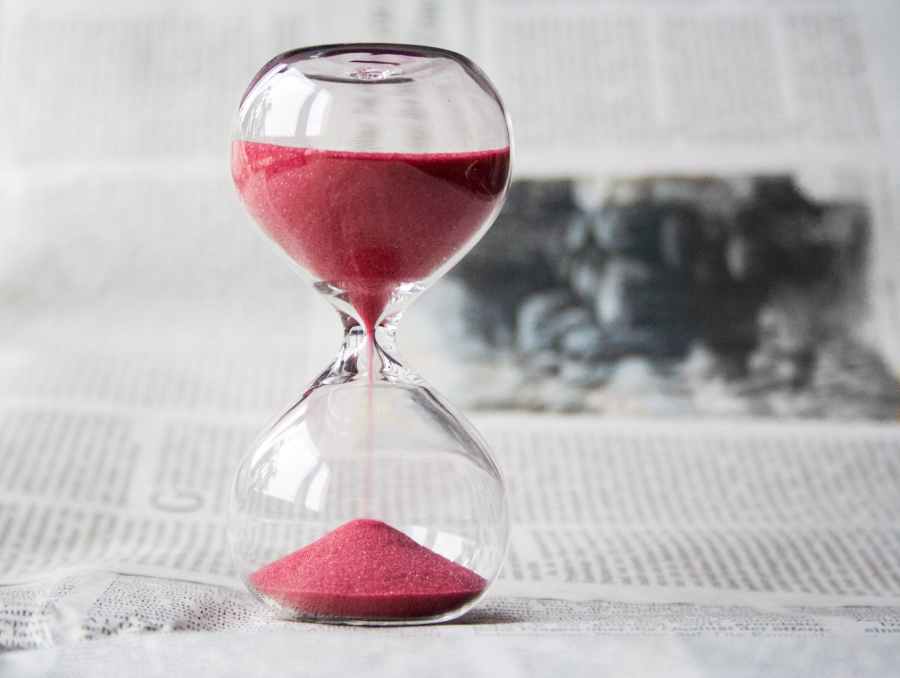 The dinner conversations around my home can vacillate wildly between fart jokes and “What superpower would you pick?” to that’s-what-she-said jokes and questions about who invented money, the violin, or any number of objects. Many times this calls for someone to look up the answer on a phone or smart home device.

Recently, my daughter asked us at dinner, “What three things would you do if you were immortal?”

Unlike some questions (like, “Mom, what was the Cuban missile crisis about?”), I found this one pretty easy to answer without the help of Google.

Given all the time I could care to imagine, I believed I would choose endless communication, travel, people, and writing. And I felt pretty great about my answers. That is until I compared it to my current mortal life pursuits.

I wasn’t working on any languages, wasn’t initiating travel for myself, wasn’t trying to meet the people around me, wasn’t writing anywhere near my capacity. Where was my sense of adventure? Where were my leaps of faith? Where were my friends? Where was my passport?

Just because I didn’t have the luxury of an immortal life was no reason to squander the pretty amazing handful of decades that I could reasonably expect. By using my limited time for my immortal pursuits, I’m finding that I can achieve moments of timelessness and deep fulfillment. But without the horrendous accusations that I’m a supernatural being.

Now. Excuse me while I practice my French on Duolingo. I’ll need to know how to speak it the next time I’m in Europe.

The local park is a repository of frustrated motherhood, womanhood. I had forgotten the sheer insanity and inanity of preschool childrearing. The whining is endless and boring, a siren call with no allure. A siren call that mothers are compelled to answer for reasons of necessity. Dutifulness is everywhere. Pleasure, less so.

I awaited the start of school as an oasis during the summer. School semesters bring their own challenges and stressors, but it also brings mid-morning October runs, long writing sessions, and cool afternoons. The emotional management of children is not my preferred job. Their boredom tires and infuriates me. These are the moments when I know that I cannot ever go back to homeschooling my children.

These are also the moments when I look at the new-ish mothers with their young children, and I remember how endless those days felt. I remember the way we would sprint through our days, me cramming too much in and not getting enough sleep. My children frequently clinging to my back or in my arms, balanced against one of my hips. The unending story times, potty breaks, food messes, laundry, diaper changes, public and private emotional meltdowns (theirs and mine). And now none of that is my daily life. Everything has changed. Our developmental milestones and daily needs are comparatively alien.

My morning in the local park reminded me that every single boring, exhausting part passes. Every emotional milestone: passes. The sore arms from carrying children, pushing strollers, juggling bags: all of it passes. The mental wear and tear from the constant interruptions, questions, and songs also pass away. And this gives me hope for the things I am currently facing as a parent. The beginnings of puberty, the addictive qualities of screens, balancing technology with real-life interactions, teaching these humans the skills to survive as adults. It will all come together and eventually fall away.

All I can do–all I could ever do–is live in this moment.